What is prostate cancer?

Prostate cancer is the most common cancer in men in the UK, with over 40,000 new cases diagnosed every year.

The prostate gland is the size and shape of a walnut and is only found in men. It sits underneath the bladder and surrounds the urethra – the tube men urinate through.

Prostate cancer does not normally cause symptoms until the cancer has grown large enough to put pressure on the urethra – the tube men urinate through. This means that the symptoms are usually associated with urination and can include:

Even if you have these symptoms, it doesn’t mean you have cancer. But it’s important that you go and see your GP if you have any concerns because if you do have cancer, the sooner you are treated, the more likely you are to be cured and usually will need less treatment.

However, around 11,000 men die of prostate cancer each year and this is often because it is detected at a late stage when it has spread outside of the prostate.

If detected early, treatment can begin quickly and the cancer is less likely to spread. 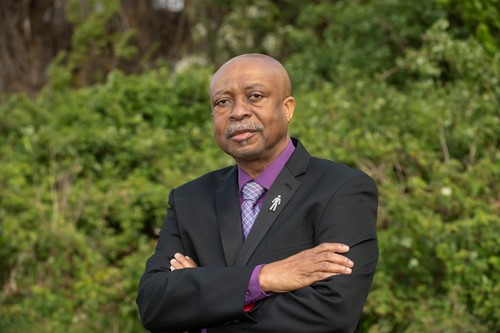 “In April 2018 I noticed I was having problems with erectile dysfunction and thought I ought to get it checked out. My GP sent me for a PSA* blood test. The results did show that I had higher than usual PSA levels. I was referred to an oncologist at North Middlesex Hospital.

I did have very mixed feelings when I was told I had prostate cancer. On the one hand I was scared because when you get that kind of news you ask yourself so many questions.  On the other hand, knowing that my problem had been diagnosed, and the assurance that I got from the doctors that the cancer can and will be treated made me give a great sigh of relief.

Other tests were carried out, including CT, PET and MRI scans and a biopsy, to check the level of the cancer and to see whether it had spread beyond the prostate.

My hospital team recommended radiation therapy. I had daily doses over a seven-week period. After this I was told I should have hormone replacement therapy. Since June 2018 I have had hormone injections every 12 weeks. This treatment ends in June 2021.

The cancer is now in remission. My last blood test in March 2021 showed that my PSA level is less than 0.01 and testosterone of 2.2. These are well within the normal range.

When I realised there was a problem, I went to my GP. I did it and so should you.”